“It is a stunningly beautiful album and surely a must.” 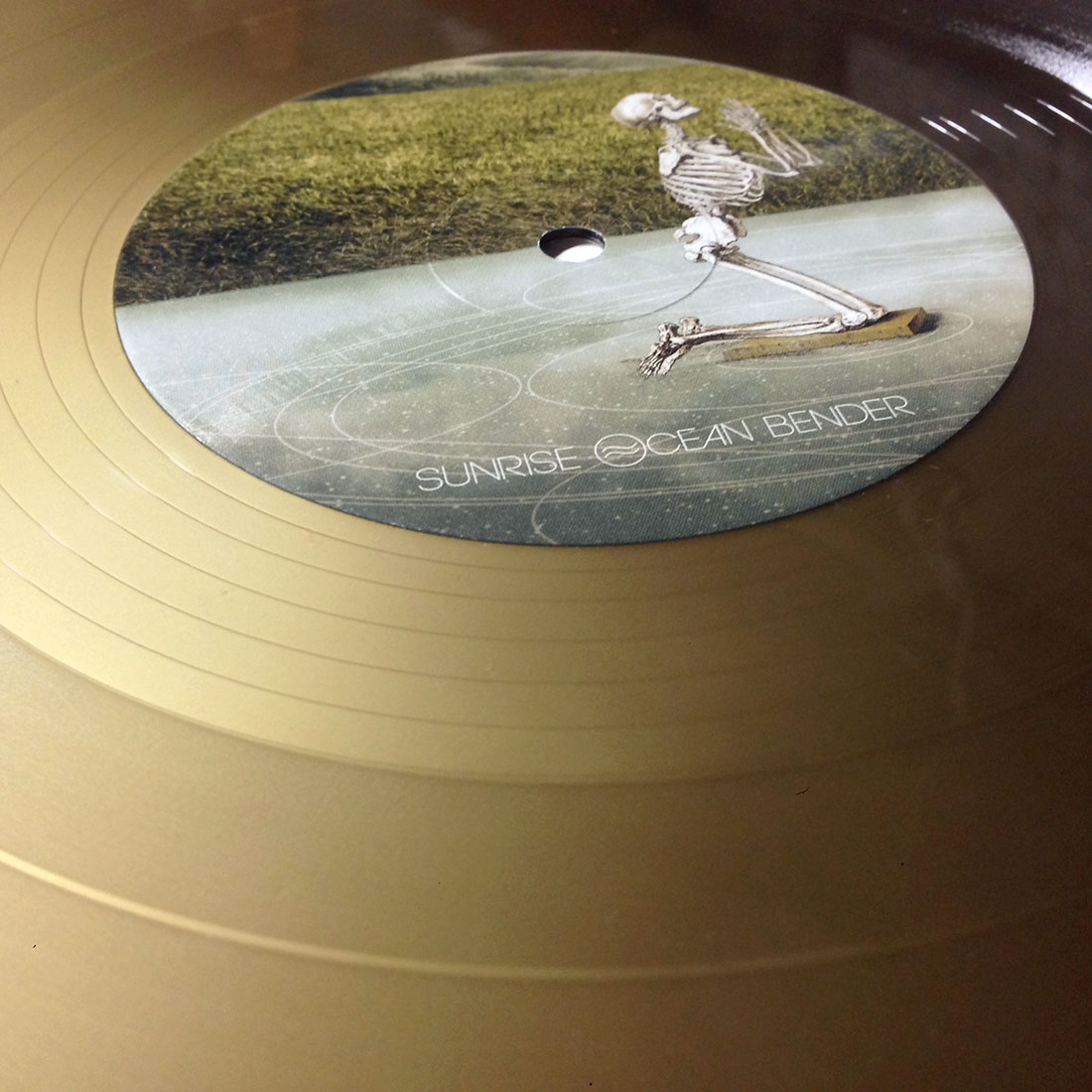 Hot on the heels of the wonderful Chef Menteur ‘III’ Sunrise Ocean Bender unleash another salvo of genre-defying, eclectic music, this time in the shape of the new album from Evening Fires, and so consolidating SOB’s position as one of the most interesting, intelligent and discriminating labels around today.

For those not au fait with Evening Fires, they describe themselves as “A collective of musical shape-shifters, a band, a tribe of mountain-dwelling barn alchemists” and that just about covers it; they produce music that covers the full gamut of ‘psychedelia’ from slow burning rural grooves to some all out badass freakouts, and not missing much of what lies between. Alchemists indeed and like alchemists, they try to produce pure gold from base elements, but unlike Nicholas Flamel, John Dee and Fulcanelli et al they succeed and have produced an golden album of beauty, atmosphere and texture.

‘Roll Away The Stones’ (I’m guessing most of you immediately started humming Mott The Hoople on reading that) opens the album in fine style, the ominous spoken word and synths lines mutating into some understated rural psychedelia (put me in mind of the latest Eternal Tapestry LP). It’s sedate pace and ringing guitars almost reflect the natural beauty of the band’s Appalachian roots, close your eyes and you can see sun-dappled forests, crystal clear streams….it really is one of the beautiful tracks I’ve heard this year.

‘We Cast Our Lots With the Waves’ is a beast of a different colour. The guitars take a step back and saxophone and synths come to fore producing a track that sounds almost hauntological, definitely haunting…it is a deeply atmospheric instrumental that could happily soundtrack an arthouse movie. ‘Staring Down the Gullet of the Great Beyond part one’ takes elements of the first two numbers and combines them to produce a track that, again, is rich in atmosphere and texture – the drumming giving it an almost jazzy background, but the guitars producing some top class psychedelia.’Space Mountain’ starts with some theremin (of course!) and some wonderful distorted guitar before launching into a loose, spacey jam, chocka with electronica effects and echo-laden stabs of guitar that intensify towards the end. ‘Too Many Ravens, Not Enough Corpses’ is the longest of the six tracks at just over nine minutes, and, as the title suggests, is a more introspective and maudlin affair. It has a definite feel of Godspeed! about it and their ability to create a sonic landscape….that landscape being one of desolation and regret. Again it musically harks back to the Appalachians and the mournful violin reflecting that area’s bluegrass heritage. albeit not as upbeat. It may be mournful and elegiac but the textures and sonic shapes produced are testament to the bands imagination and skill. ‘Staring Down the Gullet of the Great Beyond part two’ picks up where ‘part one’ left off…with some wonderful psych guitar but this time round the track would appear to be denser and more focused.

This is an LP of erudition and skill, but don’t confuse that with being inaccessible….with the weather on the turn for the better (at least here in the UK) this album will be a perfect soundtrack to a sultry summer’s eve. It is a stunningly beautiful album and surely a must. It will be released by Sunrise Ocean Bender on May 5th and Cardinal Fuzz handling the UK distro and Clear Spot in Europe.

It would be remiss of me if I didn’t point out that ‘Where I’ve Been Is Places And What I’ve Seen Is Things’ is being released alongside ‘Incredible Adventures’ which is being simultaneously put out by the bands own Deep Water Acres label. ‘Incredible Adventures’ is not so much a sister release but as a project in it’s own right that has many of the same touchstones as ‘Where I’ve Been….’ – if you’ve got the funds and the will, purchase both and double the satisfaction!