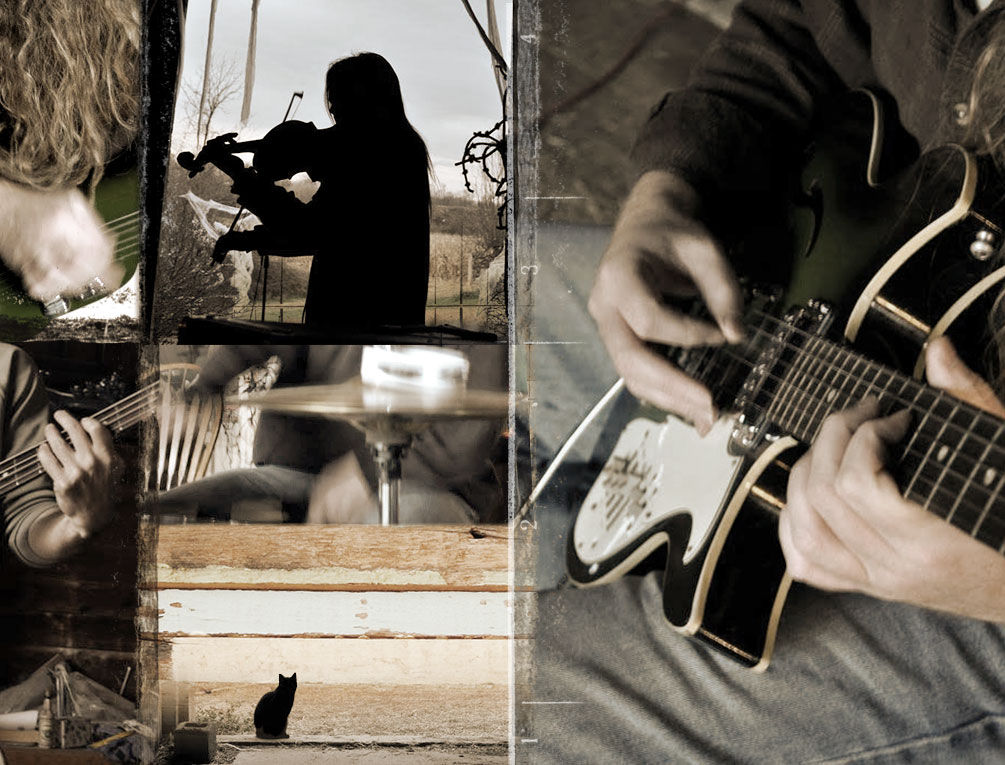 A collective of musical shape-shifters, a band, a tribe of mountain-dwelling barn alchemists … Evening Fires defy definition as much as limitations, no matter what form they choose to take. From their secret den in a northern Appalachian forest, Evening Fires brew up a rich blend of wide-spectrum rural psychedelia with ingredients ranging from earthy folk sounds to cosmic drones to full-on rock freak-outs. Throughout their catalog, these enigmatic men and women conjure a distillation that cherishes the heart of the process as highly as the sounds they produce. As natural as any old-growth, their branches unfurl beneath their own celestial canopy. Wonderfully universal, embracingly intimate … enjoy the warmth.

“ … they produce music that covers the full gamut of ‘psychedelia’ from slow burning rural grooves to some all out badass freakouts, and not missing much of what lies between. Alchemists indeed and like alchemists, they try to produce pure gold from base elements, but unlike Nicholas Flamel, John Dee and Fulcanelli et al they succeed and have produced an golden album of beauty, atmosphere and texture.”—Dayz of Purple and Orange

“Have you ever wondered what it would sound like if a bunch of Pennsylvanian backwoodsmen stumbled across an abandoned truck in the woods full of modern musical equipment plus several months’ supply of mescaline and proceeded to get their freak on? … a beautifully absorbing record … “—Thee Psychedelicatessen

“ … there is a heart-aching sense of “yearning” and “connection” underpinning the emotive bedrock of this album, its subtleties engender soaring optimism and spiritual enrichment … Evening Fires have produced an album that is intrinsically visceral, it transcends its affinity with the genius loci of its inception, heralding its universal message seamlessly.”—Chromaticism