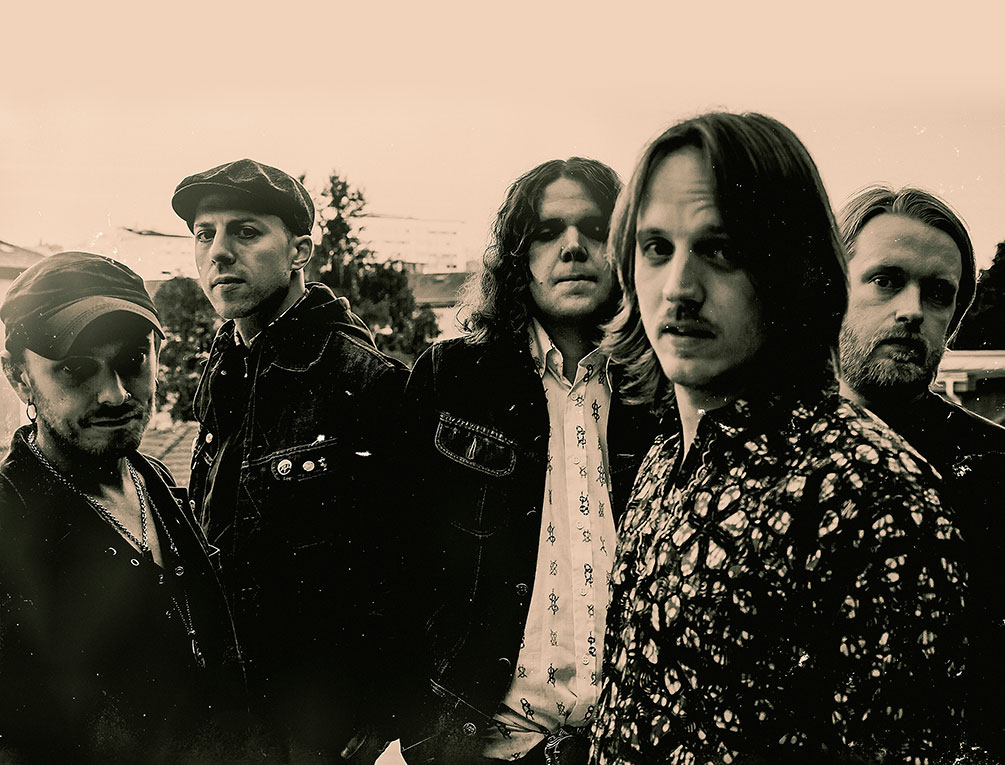 The Movements, from Gothenburg, Sweden, have taken on space rock, garage rock and now open the flood gates to the world of psychedelic rock. Again. With Like Elephants 2, The Movements finish the grandeur they started with Like Elephants 1, working the two albums into a sweeping whole while also crafting them to stand as individual and exhilarating psych albums. The Movements put as much heart in the ‘parts’ as they do the bigger picture … The Movements fully exploit the dynamics of the psych rock and pop spectrum, painting the canvas with glorious panoramic kaleidoscopic colors.

“To sum up ‘Like Elephants 1 & 2’ is a worthy contender for album of the year. The Movements hit all the right notes and are well worth a listen.”—The Strange Brew

“ … these two albums are undoubtedly meant to be heard as a pair. Together they roam through the best guitar music of the last few decades, blending their influences into something new, exciting, vibrant and just plain excellent.”—Terrascope

“ … Refreshingly, the Movements approach to psychedelia doesn’t rely on layering their original sound with phasing, extreme levels of reverb (which seems to be the instant psychedelia pre-set these days) and other studio trickery. Instead, they stretch themselves musically in a similar manner to a number of first generation psychedelicists … ”—The Active Listener

“ … ‘The Death of John Hall D.Y.’ which is one of a number of sun-dappled West Coast sounding tracks which, despite the subject matter, lifts the spirits in the sort of ways that The Byrds lift the spirits.”—Backseat Mafia

“The album attacks … the guitar work is ace, at times within touching distance of Marr and Verlaine. Bold, confident and classy.”—ColourHorizon

“David Henriksson’s vocal style has a level of power and intensity to rival that of much more famous rock singers, and perfectly suits the music. If The Movements were around in the late 60s they would surely have been huge.”—Bliss/Aquamarine