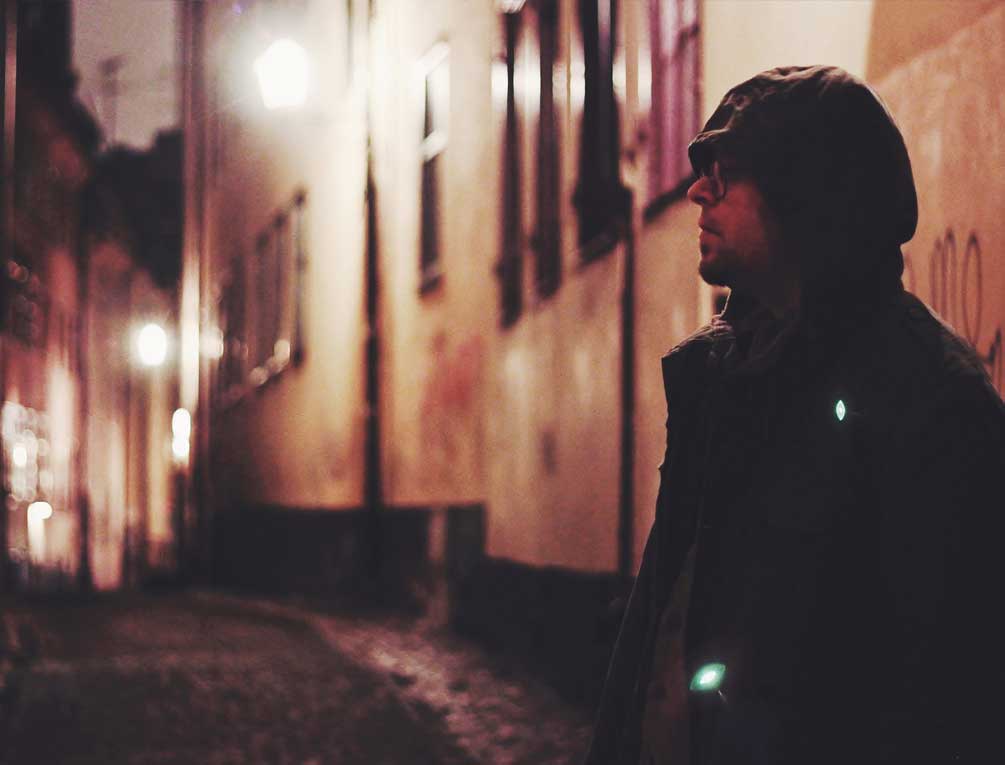 1. E GONE – birthed sometime during the autumn of 2012 – is a platform for solo artist Daniel Westerlund.

2.1. There are two kinds of philosophy; the first examines the world from the viewpoint of the traveller, the second from a resting point in a certain locality.
E GONE belongs to the latter.

2.2. That being said – examining the world from “a resting point in a certain locality” can be perceived as a form of journey.

2.3. The body is your foremost locality. Wherever your mind is – that’s the second. Be careful where you locate your mind.

“Daniel Westerlund has presented us with a really beguiling record. The way he managed to fuse tribal rhythms with elements of house music, as some sort of backdrop for the mad splattering of oriental instrumentation, country- and folk music, makes “All the Suns of the Earth” a fascinating album that continues to captivate my mind.”—Arctic Drones

“Really, eclectic is hardly the word whilst understatement doesn’t seem to feature much in the vocabulary either. Banjos, sitars, raga and surf guitars and farfisa organ assail the sonic antennae and that’s just track one, the outrageously wonderful “Hexx”. Weird electronica follows in the barely corporeal form of “The Drug Behind The Drug” while “The Poor of Heart” further confounds any attempt at pigeon-holing our artist with an emotive helping of folksy, acoustic balladry. Bewildering, indeed, and this is just the first three tracks … eccentric and quite compelling …”—Terrascope

“Attempting to affix labels to music this diverse is likely to make your head spin, but within its running time you’ll find plenty of exotic, eastern fueled psychedelic rock, ominous, droning synth ambience, carefully layered, crystalline examples of (what is now unfashionable to call) post-rock and a couple of European tinged slices of americana that call to mind the best work of Sixteen Horsepower and the Tallest Man on Earth.”—The Active Listener

“To people of a certain age, E GONE is your second favourite GhostBuster. In this case however, it refers to the solo project of Daniel Westerlund (The Goner). He has produced a dazzling little album of freewheeling songs that demonstrate not only the desire to tear up the genre but the skill to do so as well. Settle in for ‘All The Suns Of The Earth,’ this is a journey that goes from A to B via ∞.”—ColourHorizon

“ The music is refreshingly eclectic; electronica, Indian-influenced music, surf, and Sixteen Horsepower-esque Americana are all effortlessly combined, and that’s just the first track … The album is so diverse it sounds more like a compilation than the work of one artist, but for those of us for whom the music itself is more important than its classification, there is a lot to like here. What with this and the recent two-part album by The Movements, Sunrise Ocean Bender is shaping up to be a definite label to watch out for.”—Bliss/Aquamarine

“Imagine a stranger gains access to your record collection, and proceeds to re-imagine it, in tantalizingly familiar yet elusive hues. Daniel Westerlund is no stranger, like you or I, he is a music fan – albeit an exceptionally talented one.”—Chromaticism