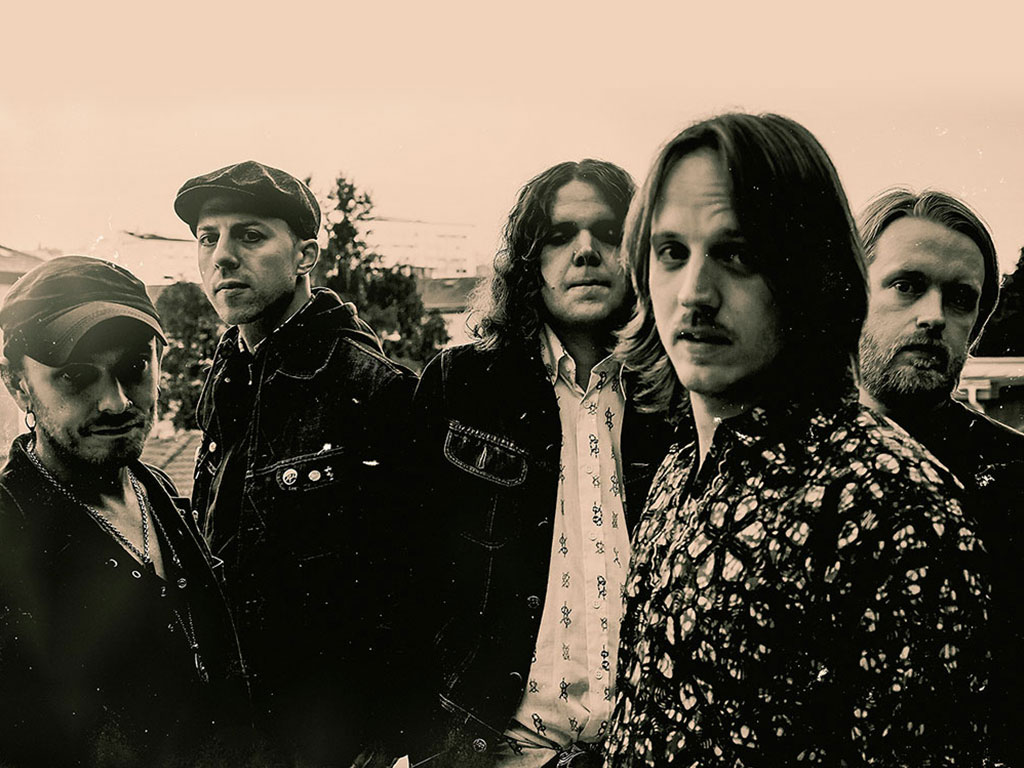 Hailing from Gothenburg, Sweden, The Movements have been around for over a decade. However their two latest albums, collected as ‘Like Elephants 1 and 2,’ has recently seen them break on the international rock scene with their 60s infused sound. What’s particularly surprising is how such a fantastic release hasn’t seen them conquer stadiums as yet. These 20 tracks are as exciting as any group are currently producing at the moment. They’re that good.

Of course I had to find out more by speaking to their drummer Thomas Widholm.

Could you introduce us to the members of The Movements and what they bring to the band?

In the studio we all play different things and we use guest instrumentalists as well, but mostly we play our main instruments, which are David Henriksson on lead vocals, me on drums, Gustaf Gimstedt on organ. Daniel “Dolly” Petersson plays the bass and Christian “Krita” Johansson plays the guitar. Nowadays this has changed a bit, due to kids and stuff and live we sometimes have guest appearances from two guys named Ramo and Jonnie.

You have a very ambitious double album out ‘Like Elephants’, something that’s a rarity these days. What inspired the band to record it and what are the linking themes, if any?

The link is that it kind of is the same album. The second one is a sequel to the first, but the songs are all written and recorded in the same period of time. We all felt that the songs fitted well together and it made sense to release it as one piece, divided in two halves. They’re all individual tracks and can stand on their own, but together they’re even stronger. Like individuals in a group of people, you could say.

What are your favourite tracks?

From these two albums? It changes over time, I would say. And we all, have different ones. When you’ve written and recorded songs you live with them for a long time. You get fond of both songs and parts of songs. It’s hard to point at one particular song. It might be a different one tomorrow.

I can also hear a range of influences in your music although the term psychedelic seems to stick. Which groups do you look to for inspiration?

Same thing there, actually. We all listen to different music and it changes over time …

Full interview at The Strange Brew