“ … it’s there between the cosmic aspirations … ” 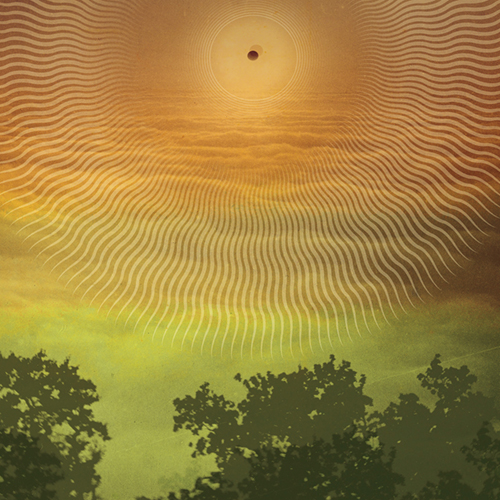 Sunrise Ocean Bender doesn’t push product with the veracity that some labels seem to adopt these days, rolling out a few choice cuts over the last couple of years – Prana Crafter’s, Enter The Stream and Tengger’s Segye among them – but I’m a firm believer in quality over quantity. The label’s back into the fray this year with the sophomore release from Minneapolis’ Steve Palmer. As with labelmate Will Sol’s Prana Crafter works, Palmer seems adept at mixing the spirit of spare folk with elements of Kosmiche and psychedelia, creating a record that’s densely layered, but also built on a tenderness of touch. I’ve expressed admiration for starting a record off with a crusher in the past (see Axis: Sova) and Palmer does just that, thundering into the album with the cosmic crush of “Statesboro Day.”

As Useful Histories peers out of the clearing smoke from the opener, Palmer blends the barren landscapes of Steven R. Smith and Evan Caminiti with a crumbling sense of American Primitive. Palmer’s version isn’t built on the pristine waters of the plains, but on the ash and ache of our current political climate. There’s less hope to his songs, but it’s there between the cosmic aspirations of “Statesboro” and the ambient numbness of “I Am John Titor.” Palmer has a clear vision that spreads over the disparate, but complimentary impulses on this album and it crafts Useful Histories into a record that is patient and propulsive in equal measures. This record feels like the beginning of a conversation about Palmer that will last well into the coming decade.