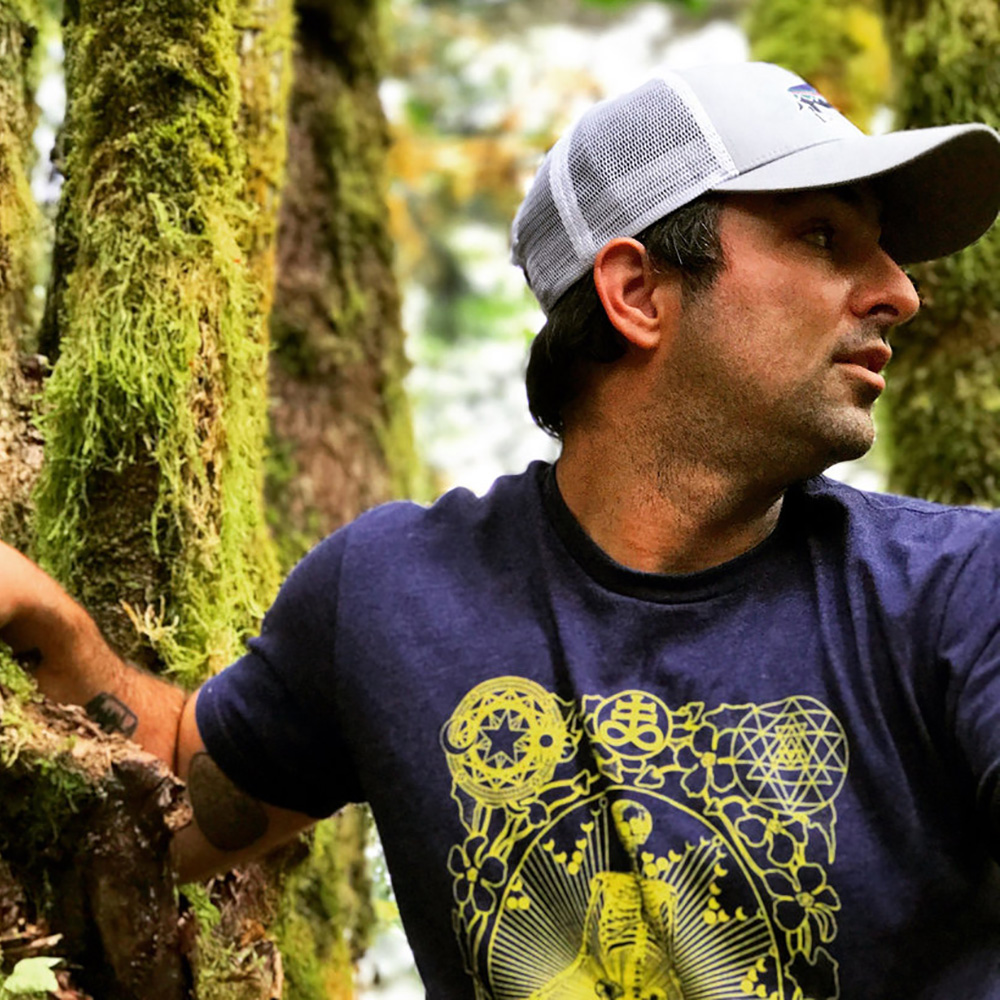 Prana Crafter, the musical alter-ego of William Sol, rightly makes a big deal out of being a bit different. In his philosophy, there are two types of music. The first is the kind made for consumption, for simple human pleasure: music made to be bought, listened to and forgotten. The second type is more difficult to define – the pleasure you get from listening to it is a different kind of pleasure than that which equates to entertainment. It taps into a human need for music rather than a mere desire for a more transitory gratification: music that comes from deep concentration, perhaps from meditation, and demands a similar concentration from its listeners. Sol’s music aspires firmly and proudly to the latter camp. It cocks a snook – albeit a very abstract snook – at the idea of throwaway music for mass consumption, instead attempting to create lasting compositions that take the rhythms of the natural world as a blueprint. And for the most part, on Enter The Stream, it succeeds.

It begins with some spook-folk acoustic guitar. A background drone recedes to nothing, and Sol’s voice, slightly detached but warm, draws you in. Lyrically there is a welcome tension produced by the ambivalence of the opening track’s subject matter: Enter The Stream is a song about landscapes, but are those landscapes physical or non-physical? The balance is uncanny. This is a sonic world that is at once familiar and strange.

Perhaps the closest musical reference point is the more acoustic work of Ben Chasny’s Six Organs Of Admittance, though Sol’s compositions are subtler and looser, sometimes recalling Popul Vuh’s soundtrack work, while the quietly bubbling instrumental Moon Through Fern Lattice is comparable to the softer side of early-70s Pink Floyd – the More soundtrack, for instance.

Mycorhizzal Brainstorm digs deep into the earth for its inspiration – an acoustic guitar puts out thin, spidery roots before a thunderclap of distortion changes the direction of the piece. Sol’s playing goes into Mike Oldfield territory, exploratory and immersive, while a background synth buzzes like a strange lifeforce. It breaks through the surface into The Spell, which, along with the unexpectedly traditional structure of Old North Wind, is the closest Sol gets to traditional songwriting. Melodic surprises emerge amid The Spell’s psych-folk squall, though the eldritch lyrics remain true to the album’s weird unifying vision.

Cosmic Eko returns us to the Krautrock and ambient-inspired outer limits of Sol’s musical imagination, resembling a confluence of Eno and Tangerine Dream distilled into three and a half minutes of drone and guitar chime. Pillow Moss Absorption explores more terrestrial frontiers, albeit lysergic ones, underpinned by a processional, occult guitar. At The Dawn, the album’s final track, is altogether different, beginning life with an alt-country twang and settling into a wide-eyed narrative that would give Americana stalwarts Beachwood Sparks a run for their money.

It is not easy to present an album as something that is steadfastly anti-entertainment. You have to have a very good idea of what your definition of entertainment is in the first place. But Prana Crafter has it nailed. Sol realises that entertainment is not always the same thing as enjoyment, particularly in the modern world where transience is ingrained into our cultural DNA, and in Enter The Stream he has created an album that is deeply intuitive, interpretive and built to last.