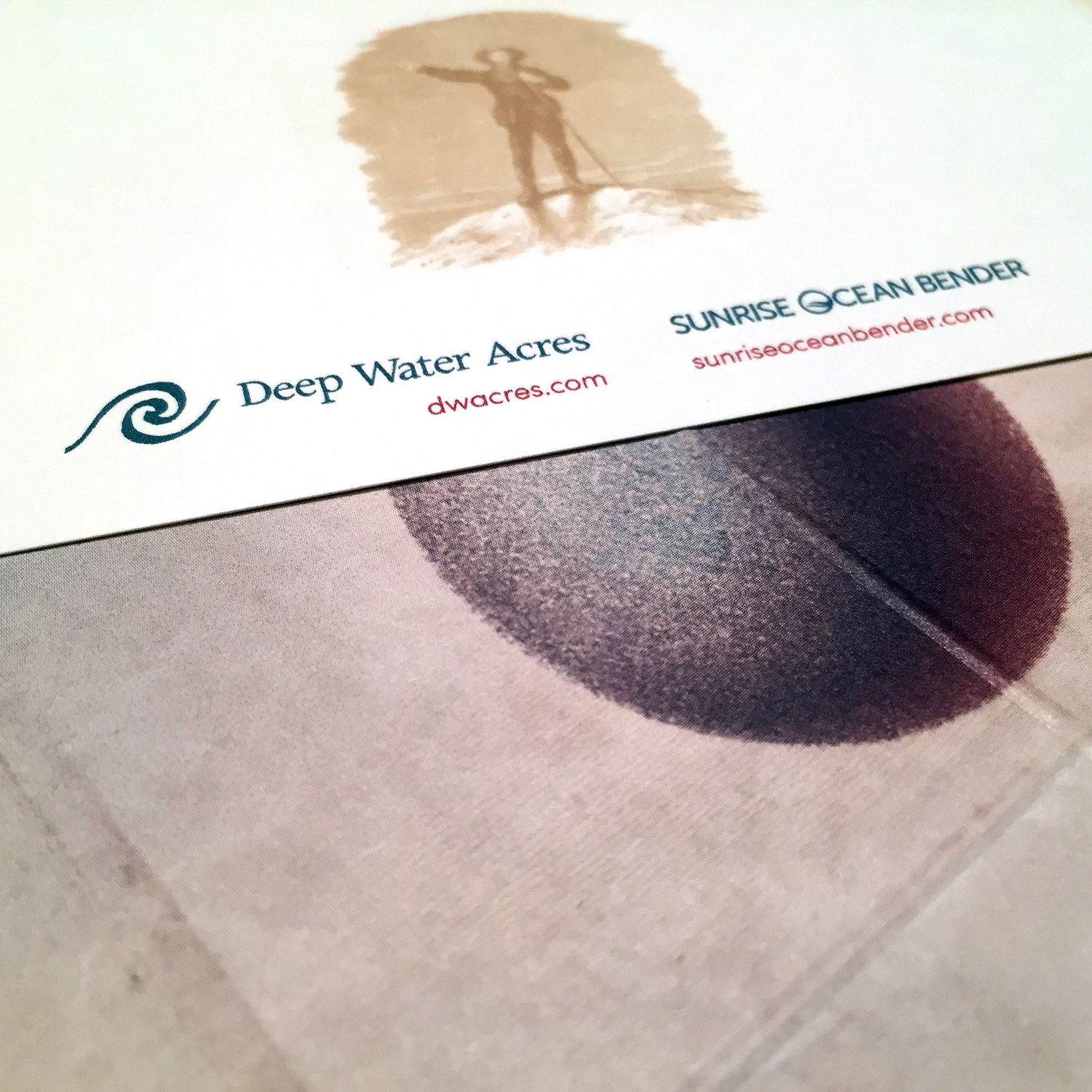 Originally released on cassette in a seriously limited edition run of only 50 copies (which is about the number of people who still own a tape deck) from the great little Swedish boutique tape label Zeon Light, E GONE’s second full length album Advice To Hill Walkers gets a CD reissue with bonus tracks as a joint release from Sunrise Ocean Bender and Deep Water Acres. As the original release has been remixed and remastered by Kevin Moist from Evening Fires and lovingly repackaged with gorgeous new artwork, we are going to treat this as new album and listen with fresh ears and not cop out and just re-post our original review.

E GONE is the musical alter ego of Swedish multi-instrumentalist Daniel Westerlund, who must really take the credit for wrenching the banjo from the cold dead hands of redneck hillbillys and returning it to its African/Middle Eastern roots. Following the more acoustic and Psych Folk inspired Goner project, E GONE mixes traditional instruments with digital technology creating a rich blend of beats, bubbling electronica and Eastern flavours. The E GONE debut album, All The Suns Of The Earth from 2014, was and exercise in trying on various musical styles to see which fitted best and was a very eclectic record mixing Psychedelic electric sitar headswirlers, Post Rock synth drones, far out Psych Rock and gentle Acid Folk … we think the technical term is “all over the shop” … but by the time the excellent Smokediver EP landed Daniel had found his groove, developing his own unique style of “Whirled Music”. Advice To Hill Walkers is a far more focused record than the debut and the best E GONE release to date … blending ethnic percussion and Hip-Hop beats with subtle electronics and Eastern vibes, it’s not that far away from the records that Nation (the original home of Loop Guru and Transglobal Underground) released in the early 90s, but much more for the head than the dancefloor. Yeah, we know that tapes are fashionable and have a certain hipster friendly novelty value about them, but you have to admit that for anything other than lo-fi Indie and messy Garage Rock they are a bit shit … the cassette release of the album did it no favours sonically and the remix/remaster brings out the depth and subtlety of the record previously unheard, there can be some comparisons made with wonderful Kevin Moist produced Psych Folk album To Preserve The Mystery by United Bible Studies that has the same complex sound structure of drones and relatively sparse instrumentation. If you were one of the few people who heard the original tape version, you will be blown away by Advice To Hill Walkers 2.0.

Firstly, for those of you new to this record, don’t be fooled by the title … this is not a gentle Psych Folk Sunday ramble up a few hills, but more of an epic psychedelic trek through the mountains where you may need oxygen at some point to complete your journey. Musically, it’s a stunner … an all-instrumental travelogue of an upward trek through a rugged landscape (as literal or metaphorical as you’d like), twelve station points mapped out across endlessly varied ethno-electro-psychedelic terrain. The journey starts with the elongated drones of ‘Mark the Spot Where You Leave the Injured’ guiding the listener gently into the Eastern European gypsy swirl of ‘Your Goal Is To Know Everything And Say Nothing’ (watch the video here). Advice For Hill Walkers takes influences/inspiration from many sources … Picking up where the Smokediver EP left off, ‘Follow Moonmilk Rivers’ has all the chaos and confusion of a Middle Eastern bazaar, ‘Build Your Camp Out Of Alpine Moss’ has the feel of early John Carpenter soundtracks while ‘Dwell In Tents By Day, Hike At Random By Night’, the atmospheric ‘Continue Ascent While Blindfolded’ and the previously unreleased ‘Fast Before Stalker Season’ have the vibe of a mid-90s Trip Hop tracks. The wonderful ‘Find New Methods For Compass Use’ is an sweet combination of field recordings (in this case a rainstorm) and drones. There is a huge European folk/Middle Eastern influence on many of the tracks, more so on the enthralling ‘Continue Ascent While Blindfolded’ and one of the new tracks that did not make the cut on the original release, ‘You Don’t Know It yet but We Are Losing You’ is based on the Syrian traditional song  ‘Ya Bent Ehkimini’. In a parallel universe, E GONE’s fellow country folk Goat have dropped the masks and the female singers and gone acoustic … the whirling ‘Record The Humming Of Melodious Caves’, (watch the video here), layers guitar, banjo, electronics and percussion in a shamanistic African ritual via Stockholm … although at a serene pace, speed the track up, add vocals and lots of wah-wah guitar it would not be out of place on the new Goat LP. The record closes with the epic ‘Reach The Summit, Egg!’ which pulls together all the strands and influences on the album to create one massive 10 minute psychedelic whirl of a track with an extended drone out to finish which is a total mindblower.