“ … a fascinating album that continues to captivate my mind.” 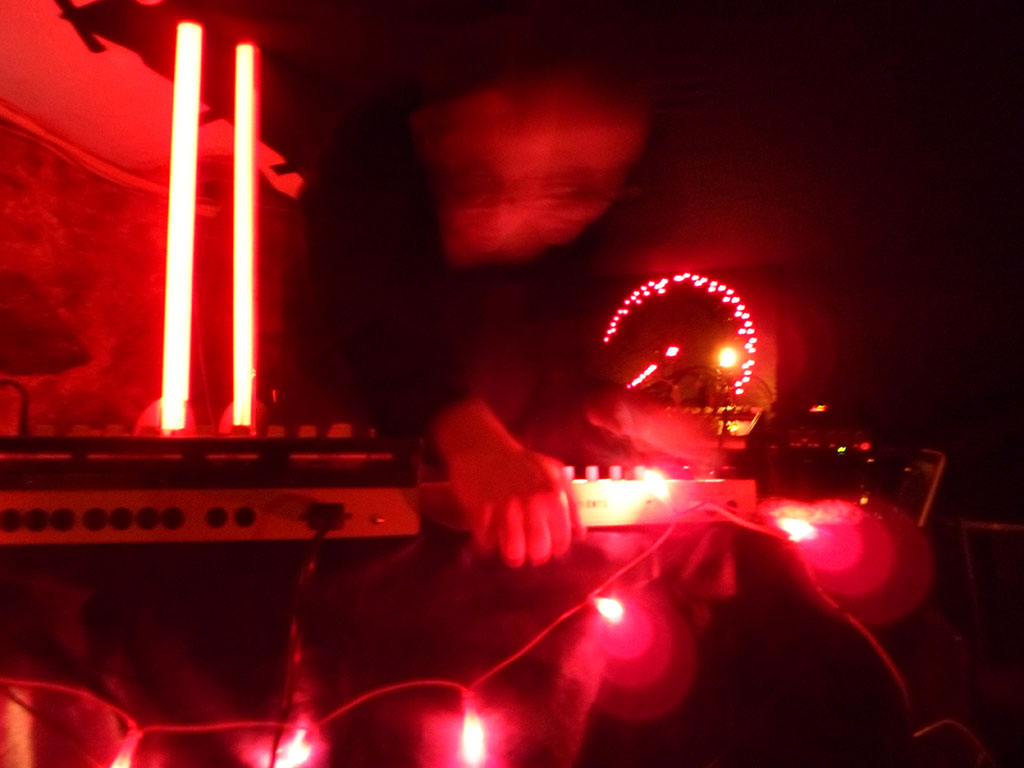 “I imagine standing in one of those piss-perfumed ATM-sheds on a drunken night, awaiting my turn to pull some precious money from that monster-machine in the wall. My eyes shift over the posters that decorate the place; stuck up there illegally by dead-beat students trying to make money for their shitty student societies. Then my attention, or what’s left of my attention, is caught by a grim looking poster that’s half covered by something else. “DARK ROOM – CAVE CLUB – SUNDAY AUGUST 31” – I read while lifting a slip of the colourful garbage that covers it. ‘What idiot organises a party on a Sunday?’ I think. However, as I get my hands on a 20 euro bill from the ATM, I decide to go.”

“Sunday night. I arrive at the designated place. ‘This must be the most horrid looking building in the whole of Antwerp.’ Vague noises diffuse through the cobblestones of the pavement as I shuffle towards the entrance. A most majestic, yet rusty gate swings open. To my left a staircase leads down into the underground. I descend it. Soft tones of stoner electronica start to become louder, people are laughing. I’m eager to get inside so I skip the last four steps with a jump. Wrong moment. The song that’s been playing stops, right as I hit the ground. Crooks, witches and goths turn their heads. ‘I should’ve brought a friend.’ ”

“A folk song starts to play and most attendants return to minding their own business. They catch a drink while some elder looking guests engage in traditional dance. People laugh again. This place is vibrant, there is movement all around and as another piece of Turkish deep house starts playing, I know I’ve come to the right place.”

E Gone’s “All the Suns of the Earth” is where this “right place” takes shape. Having said that, the press kit accompanying this record accidentally touches upon the idea of location and how one can physically remain in the same place, while traveling wherever they want within their thoughts. “Be careful where you locate your mind.” is the warning with which Daniel Westerlund – the man behind this project – ends his contemplation. Even though his message is more concerned with the role of the mind in a digitised society (he recommends the writings of Nicholas Carr), I still believe it to be no coincidence that Westerlund drops an album that works so well on my imagination.

At first listen, “All the Suns of the Earth” seemed to be a strange mix-up of Arabic electro-psychedelics and folk music, arranged in three triplets consisting of two psychedelic songs followed by one folk song. However, as I listened to the album more often, the logic behind this set-up became more apparent. The album starts off with “Hexx” and later on it features a song called “Blind Tribe”. Banjos, sitars and electric guitars are backed by heavy drums and tribal beats, and together with the slower-paced, soundscape-laden tones of “The Drug Behind the Drug” and “Hazel Motes at the Plastic Vortex”, this album makes for a heck of a listen. The traditional folk arrangement and country simplicity of “The Poor of Heart” and “Traveler, You Will Sing” grant the listener some peace in this barrage of sounds and impressions.

There’s one oddball on this album and that’s a song called “You Will Sing”. Here, Westerlund brings out some soft electric guitars and an organ to conjure up an arrangement that leans more towards post-rock in its more quiet sentiments. The song almost sounds like a lullaby and in the way that it contrasts with the heavy sonic content of the rest of the album, it really gets all the points with me.

Daniel Westerlund has presented us with a really beguiling record. The way he managed to fuse tribal rhythms with elements of house music, as some sort of backdrop for the mad splattering of oriental instrumentation, country- and folk music, makes “All the Suns of the Earth” a fascinating album that continues to captivate my mind. It’s a very specific record that doesn’t always land with me, but – in all honesty – once it does land, it makes my mind transcend to a world far away from the harsh realities of life.