“ … a complete musical experience, an epic journey across two albums …” 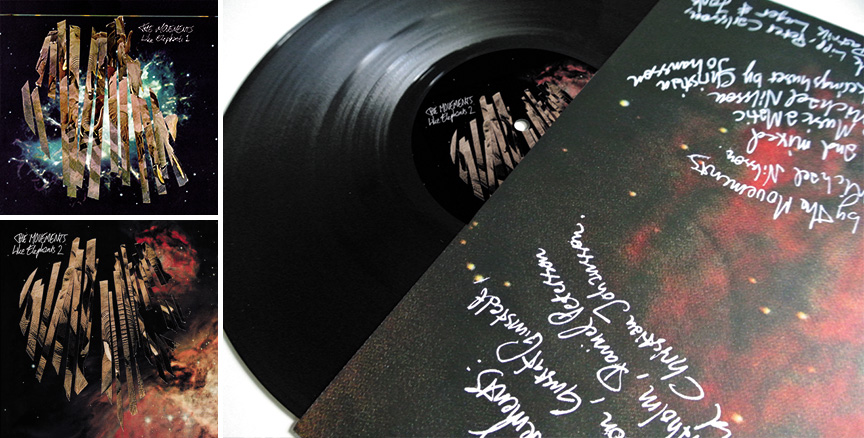 It’s an inspired decision by Sunrise Ocean Bender to release Like Elephants 1 & 2 together in the USA (limited 300 black vinyl press). The UK release on Cardinal Fuzz has already sold out. It’s a complete musical experience, an epic journey across two albums that defines it’s own sound whilst giving a nod to the great heritage of diverse sounds that define generations.

The albums are very well produced. The sound is great and generally stripped back somewhat which is absolutely spot on. The Movements have a really tight sound, the rhythm keeps the momentum without being overstated, guitar has a great tone and the vocals often have an edge or grittiness. The songs are really engaging, mesmeric at times contrasted by more urgent tempos and vocals. The Movements also evolve and develop their sound between the two albums resulting in even greater soundscapes on Like Elephants 2 which is no mean feat. It is available from Sunrise Ocean Bender

Like Elephants 1 opens with The Death of John Hall D Y which has a great drive and a bit of an edge, could easily see this as an opening scene in a movie. Boogin then continues this sort of sound and feel leading into a great solo section which builds tension gradually, releasing into a chorus and the next song Shady Wind which has a laid back acoustic vibe.

Two tongues is then quite a contrast having an urgency, it’s a much more uptempo song with a great solo. Great Deceiver then slows the tempo a little bit, maintaining a good momentum and edge building into a great solo. All the Lost continues this sort of feel, an upbeat song with great organ playing and a nice edge provided by the vocals and build and release of tension released to echo effects and feedback.

David’s Song then has a much more mellow feel although there is a real angst in the vocals. Like Elephants 1 has a great acoustic opening, quite a sparse sound, really nice guitar tone and playing. Ingenting Kommer Ur Ingenting opens with organ leading into a more pronounced percussion, building tension through the chorus and solo parts building into a crescendo of feedback. It Takes a Spark then has a more mellow vibe, great guitar riffs and organ playing. A great way to round off the album.

There’s a different feel to the opening of Like Elephants 2 with Six Feet Under – A cross between white noise and feedback with delayed effects which leads into a really nice guitar riff and great vocals. A great opening track, kind of haunting and evocative, would equally make a great opening to a movie. Stolen Love continues this sort of theme, adding a great solo. Icecold then has a more mellow groove with lonesome sounding vocals which give it a nice edge.

Give it to Me has a drone almost bagpipe sound against a solid groove and slightly laid back vocals. Everybody Needs Something opens with a great riff and distorted tone and has a great edge, almost a call and response between the vocals and guitar at times which creates a great soundscape. Redemption opens with a distorted chunky riff which gives way to a lovely acoustic riff backed up by pedal steel guitar. It’s a very laid back groove, really mesmeric with a hint of angst in the vocals creating a great tension.

Yesterday, Now and Forever is then a great contrast, being an uptempo song having an urgency in the vocals. The song is propelled along by a solid rhythm and great organ playing. Like Elephants 2 has an almost folk feel but with drone qualities. The song has a great groove and vocals. It has a hint of mystery too. Winter’s Calling is a return to a more mellow sound with great riffing and vocals. There’s a great wah-wah solo and building and release of tension. The song ends with a great solo and leads into What Would Happen if I Tried which has a great acoustic sound and shaker rhythm leading into some great effects and feedback type sounds and rounds the album off really well.