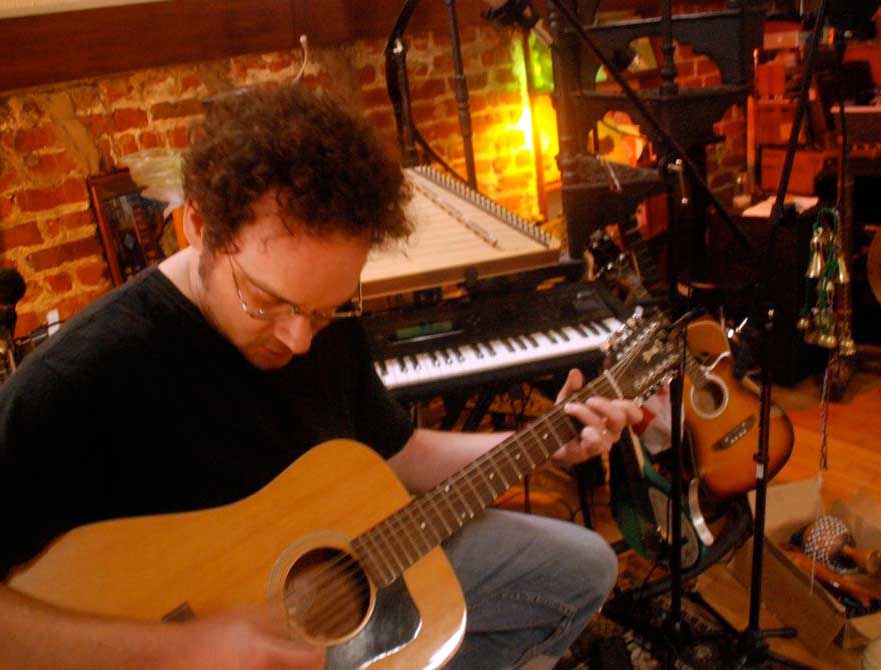 New Orleans residents Chef Menteur have long been a musical enigma, nigh on impossible to classify and a bugger to review! Those lovely people over at Sunrise Ocean Bender, always arbiters of great taste, are releasing a lush, sprawling 3 CD set that celebrates Chef Menteur’s eclectic, ever-evolving and mesmerising output. ‘III’ brings together LPs ‘East of the Sun & West of the Moon’, ‘North of Tomorrow & South of Yesterday’ and ‘Force Majeure’ and I would urge anyone who professes to love music to get hold of it ASAP.

With most bands you know where you stand; this band are ‘psych’ and that band are ‘krautrock’; some bands mix it up a bit but Chef Menteur are a band who work outside the constraints of ‘genres’ and ‘tags’ and produce the music that feels right to them. The operative word in that last sentence is ‘feel’ – the band state themselves that they are about mood, texture, and nuance and the composite LPs on ‘III’ convey this ethos to perfection. This is music that deserves listening to….not put on in the background or in the car, but enjoyed in the same way opera buffs enjoy ‘The Marriage Of Figaro’…in a quiet room with a large glass of your favourite tipple; it deserves to be savoured.

Yes, there recognisable touchstones – ‘Death Wraith 2000’ from ‘Force Majaure’ is a driving, psychedelic jam; ‘Ganymede’ from ‘East Of The Sun…’ is all drones and hazy kosmische; ‘Lozenge Jazz Club’ from ‘North Of Tomorrow…’ is a groovy slice of 70s psychedelic lounge and even some hauntological electronica in ‘The Mamluk Qalanders’. You can pick up traces of Godspeed, YBE in some places, bits of glacial ambience in others….there are snippets of found sounds and field recordings and some fine freakouts..but to go through ‘III’ track-by-track and pull out every nuance and influence would be a. a bloody long review and b. doing this product a huge disservice; it does not need to classified or categorised or compared to other artists – it needs to be taken as an individual whole and enjoyed as such, with all pre-conceptions cast aside. But, don’t take this panegyric review to imply that Chef Menteur are in some ways musical snobs – there is no elitist ‘Look how how clever we are’ crap to this…just a group of guys who play want they want to play and play it very well… and any band who can call a track ‘Kenny G Goes To Guantanamo Bay’ obviously have a fiendish sense of mischief.

In case I hadn’t made it obvious, I like this….it is a showcase of a band who defy genres and produce some stunning, inspirational, cerebral and sometimes jaw-dropping music and much kudos to Sunrise Ocean Bender to giving a wider audience the chance to share this awe and wonder. Seriously…buy it