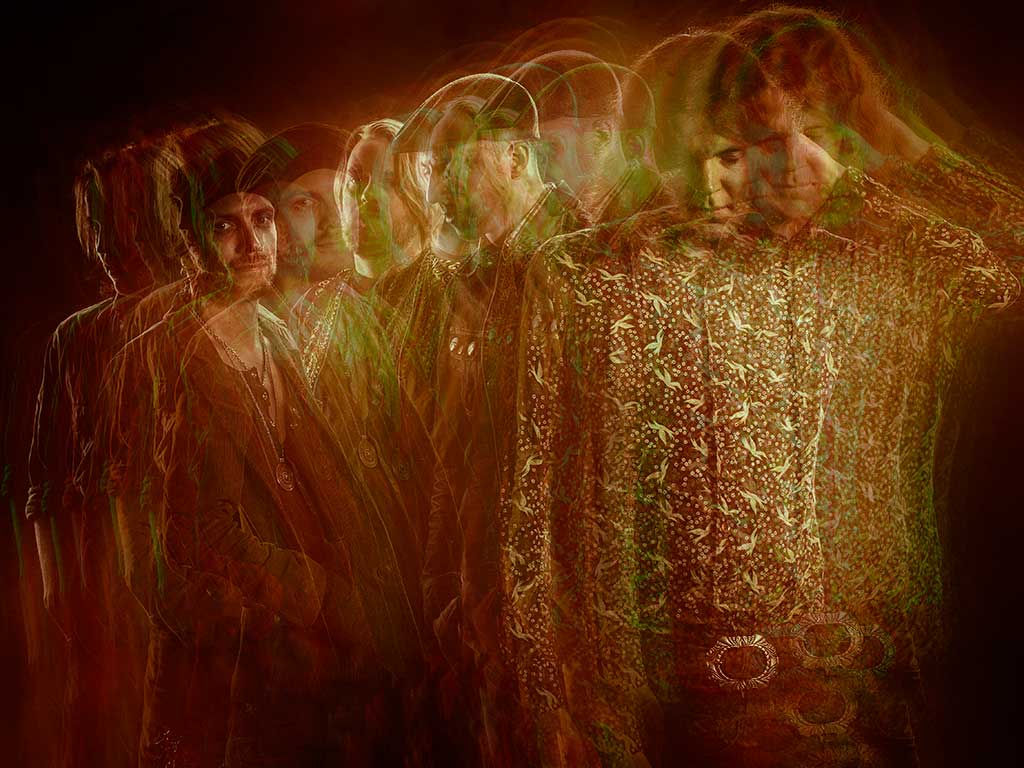 ‘Six Feet Under’ has a gorgeous, soul slicing riff. This is sandwiched between dry tribal drums and spaghetti western twangs. “it’s just another destination down the road” croon the vocals, inviting the listener into a road trip. Drums kick up a notch and the guitar continues to glimmer its ghostly hue. ‘Icecold’ is a stark piano lead piece where the keys hit like fingers up the spine. ‘Give It To Me’ has bonehead drums and long keyboard drones. There is an emphasis on riding these keyboard notes that reminds me of the contrariness of The Fall. The Movements seem more willing to take chances and ask questions of their listeners on this album and impress because of it. ‘Everybody Needs Something’ flits between moods like a butterfly that changes into a lion. ‘Redemption’ is a slowly pitched ballad that could almost be Suede-esque. Incidentally, David Henriksson’s vocals are top-notch throughout. “Yesterday, Now And Forever” blasts out like a dodgem powered with uranium, a sterling piece of garage rock. The title track is a droning meditation. The multiple vocals weaving throughout ‘Winter’s Calling’ give a folksy psych feeling that could be a long-lost cousin of a Kinks track. The squalls of noise at around the 4 minute mark highlight how being braver pays dividends as the noises resolve themselves into recognisable shapes (one of a few occasions in which passages sound like they may have escaped from a Tom Verlaine solo album). ‘What Would Happen If I Tried’ finishes with sleepy psych with a rare moment for the bass to shine. The vocals score another winner.

The album attacks more than it’s predecessor and the guitar work is ace, at times within touching distance of Marr and Verlaine. Bold, confident and classy.