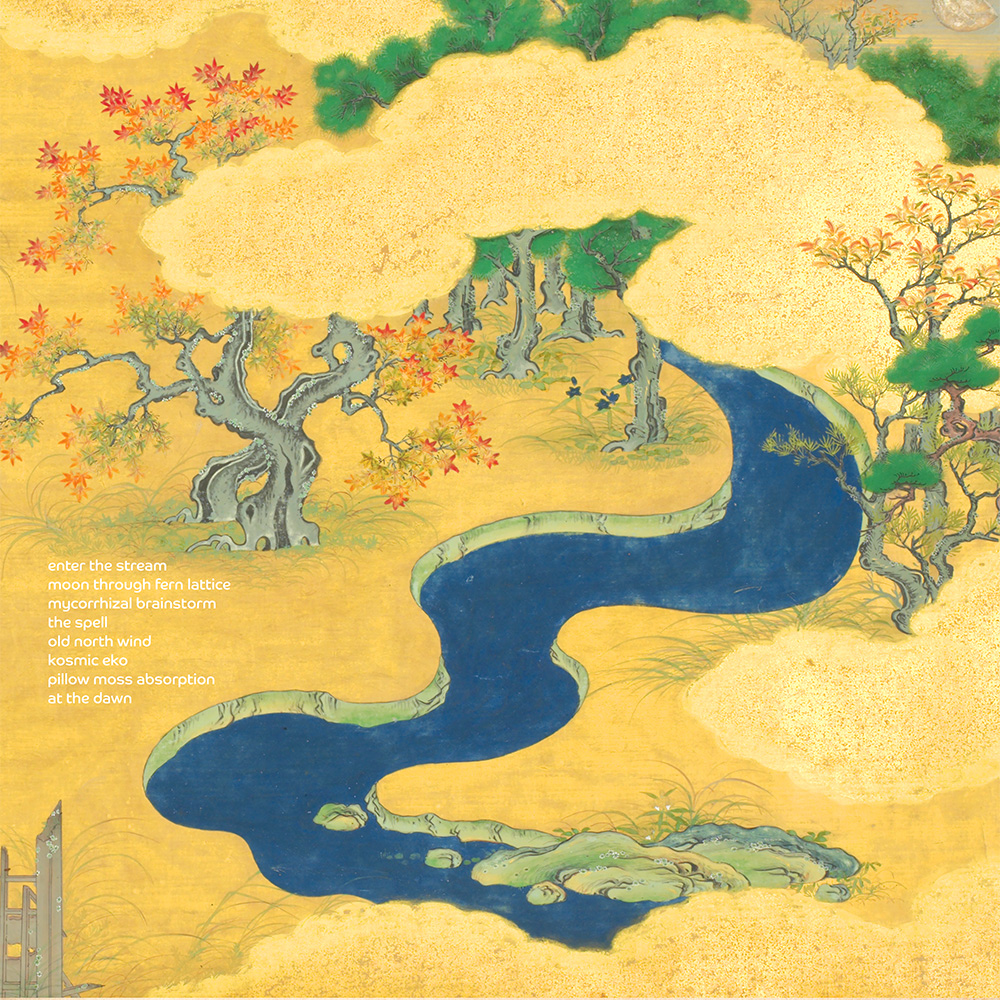 I sort of remember finding the meaning of life in 1980. It was scribbled on a bathroom wall in, of all places, an awful youth hostel in Dublin, Ireland. Memory is an odd thing in Ireland, what with Guinness tap beer and all. But it was either get in to get out, or, possibly, get out to get in. Yeah, it was something like that. I think.

Thankfully, this album covers both bases.

Enter the Steam is a weird weld of melodic acid folk with the cosmic journey of German space rock. And it’s a bit like a Pink Floyd record around the time of their (really great) More soundtrack album. There are melodies that fill all the space between the Interstellar Overdrive and the dense foliage of (almost) acoustic tunes like “Circus Mirror” and “Crying Song” which would later morph into brilliant moments on Dark Side of the Moon. And that space understands the beauty of a few good notes.

Thankfully, this album, once again, covers both bases.

It all begins with acid folk. The song “Enter the Steam” is dreamy, long summer day languid, and very tuneful. I am reminded of both the Moody Blues (in their most acoustic mood) and very early Barclay James Harvest (without the big orchestrations). It’s all very misty and mystical. And although it certainly oozes stone circles and Glastonbury, the band is really the solo work of William Sol, who resonates from our own American Northwest state of Washington.

That may seem odd, but I once watched an episode of Ancient Aliens that claimed some mystical druids, with the help of ever friendly alien beings in their spaceships, travelled to America well before the Vikings, the Knights Templar, one of the lost tribes of Israel, or even our main man Christopher Columbus. So, that probably explains just about everything. And, while substitute teaching in a math class, I was tasked with the chore of teaching the kids the importance of polynomials. Being pretty stupid in math, I told the class they were the people who first discovered America. So (again), that pretty much explains everything else.

Odd thing, though: the second tune, “Moon Through Fern Lattice,” is an instrumental that ventures into the realm of inner space so far as to find outer space, and like any good palindrome, defines the term vice versa, or as my friend, Kilda Defnut, likes to say about paradoxes like this, “Right back atcha.”

But really, the instrumental stuff on this album, like the catchy “Mycorhizzal Brainstorm,” or “Kosmic Eko,” sounds like a melting of German space rock of Ash Ra Temple ala Join In, Agitation Free (but sans any percussion), the great John Martyn’s Echoplex rumblings on “Outside In” from the album Inside Out (without the aggression), Dave Gilmore’s patient notes, and the ethereal playing of the equally great Terje Rypdal on his beautiful album Descendre.

“The Spell” reprises the acoustically strummed melodic music that, really, could be a dreamy Uriah Heep (or Ken Hensley solo) tune like “Lady in Black,” without the histrionic vocals of David Byron. Of course, Heep had a song called “The Spell,” but isn’t dreamy or acoustic, so I’ll stand with the two-chord “Lady” from Salisbury.

Now, if the truth be told, “Old North Wind” sounds a lot like a really nice Neil Young song. The vocal inflection certainly comes from that “town in north Ontario.” Although, I’m not certain Neil ever mentioned a “sleepy shire.” And ditto for the ending tune, “At the Dawn,” which, of course, makes this collection even more eclectic.

But sandwiched between those songs is “Pillow Moss Absorption” and (as the title suggests) is yet another excursion into the world of the within and without, as synths, guitars, the odd singing bowl, and the general consciousness congeal, like everything else in the universe (thanks to gravity and, perhaps, dark matter), into a very likeable and melodic semi-solid form.

Let’s just say the tune reminds me of the planet Jupiter.

Of course, I still sort of remember the meaning of life from that Irish youth hostel bathroom wall. Even today, through the haze of a good Guinness now and then, I truly believe it all has something to do with karma. And this album speaks that language of subdued wisdom. It spirals to the stars, and then those stars illuminate quiet two-chord thoughts of introspection. This record expands and contracts; then it expands and contracts some more. Radar, noon, deified, level, and racecar: they are all palindromes, as is this album; and for the record, I concur with the before-mentioned words of my friend, Kilda Defnut, who when hearing this music, simply said once again, just as the universe spins in too many circles, “Right back atcha.”