“…if I saw these fuckers coming I’d hightail it quick.” 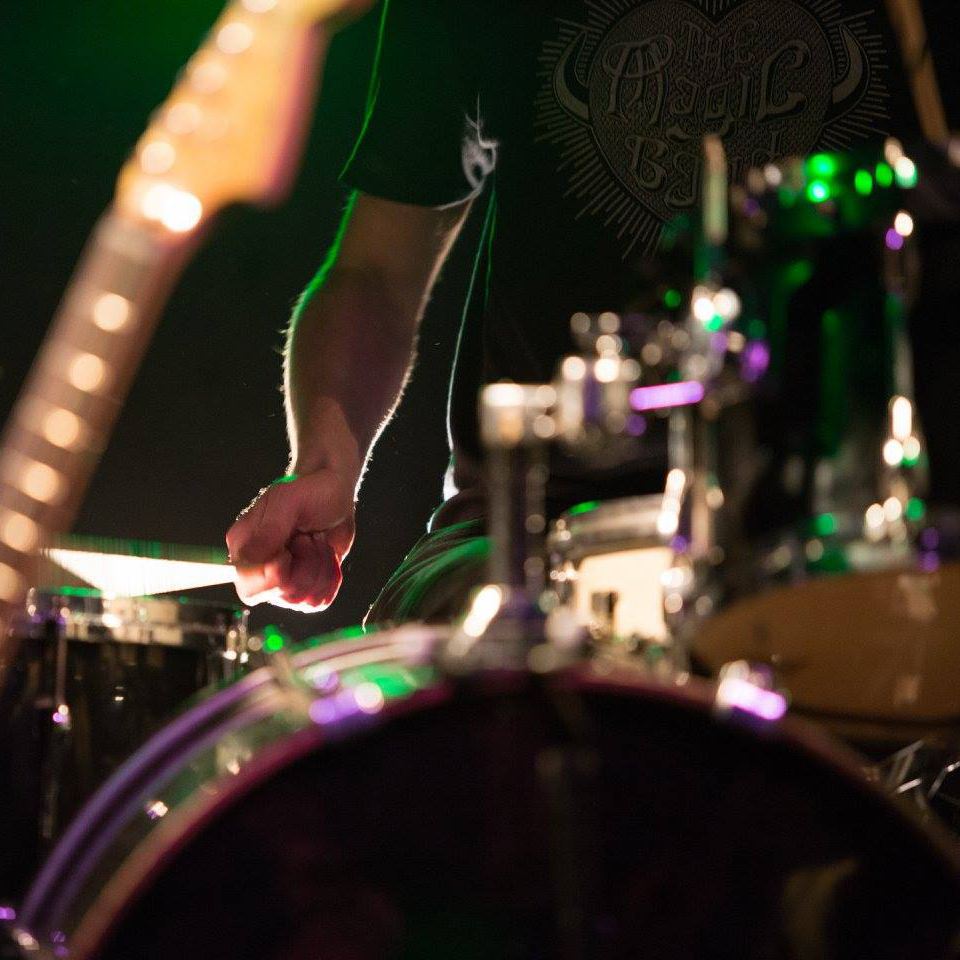 The latest from Manchester, UK based Dead Sea Apes is a cinematic journey into the most ferocious and emotionally draining regions of Psychedelic space.

The moods are many on the Side A opening track, Universal Interrogator. We’ve got a cosmic concoction of monstrously fuzzed Psychedelic Doom and alien invasion Space Rock that’s like an intergalactic march into battle. The fuzz bass alone is so terrifying that if I saw these fuckers coming I’d hightail it quick. And combining the bass riffage with the steady tribal drumming, guitar leads and glom of effects creates the soundtrack to a shit storm of spaced out devastation on the horizon. The theme continues with True Believers, which gets even deeper into metallic yet atmospheric Space-Doom territory. Dead Sea Apes excel at packing a wallop of destructive emotion into their music. The intensity level builds slowly and painfully as the sludge congeals and Psychedelic angst licks zing from the guitar like liquid daggers.

After that Side A pummeling the first thing that jumps out on the flip side opener, The Unclosing Eye, is that the Apes have eased up on the molten lava fuzz. The tension level is still off the charts but this is beautifully atmospheric and theme focused music that rocks out and blends numerous Space Rock, Psychedelic and Krautrock influences, though if I had to single anything out I’d say it reminds me of the Finnish band Circle in their mid-1990s period. I like the Western theme imagery that the guitar riff conjures up on Brought To Light, though it’s surrounded by a haunted house cauldron of deep space atmospherics and effects. Finally, Sixth Side of the Pentagon goes in a different direction, being a Dub infused jaunt across a rhythmically grooving and lysergically drifting space-scape that gradually builds in power and ferocity.

In summary, Spectral Domain is a powerhouse of emotional and thematic complexity, creating sensations of stress, anxiety and unease. Highly recommended, but don’t listen without your daily dose of Xanax.