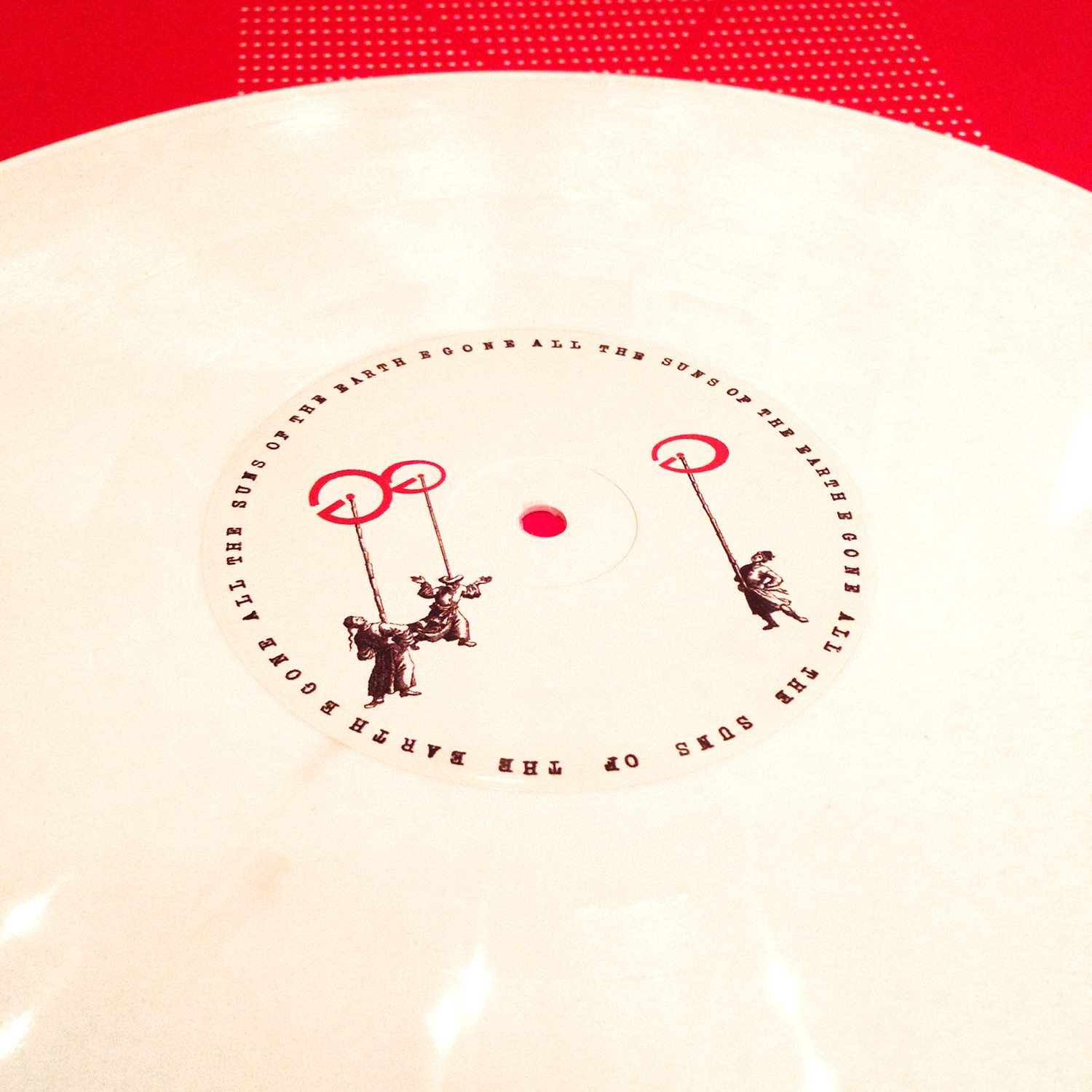 To people of a certain age, E GONE is your second favourite GhostBuster. In this case however, it refers to the solo project of Daniel Westerlund (The Goner). He has produced a dazzling little album of freewheeling songs that demonstrate not only the desire to tear up the genre but the skill to do so as well. Settle in for All The Suns Of The Earth, this is a journey that goes from A to B via ∞.

‘Hexx’ starts the album with a double shot of adrenaline, with a dubby, dance floor smash with sitar, banjo, guitars colliding in a free for all of rhythm. Shifting focus and styles it feels like a clown with ADD has been let loose in a studio. Reminiscent of how Clinic pull music apart and put it back together, it’s awash with ideas.

‘The Drug Behind The Drug’ then changes the pace of the album with an excellent slice of Tangerine Dream synth space stylings. The change of mood is commendable but maybe a little too jarring, coming second on the album it does harm momentum a tad.

Then ‘The Poor Of Heart’ comes along next with an acoustic ballad. Normally this sort of thing has as much appeal to me as a happy ending does to an Eastenders scriptwriter but after a couple of spins this has worked its peculiar little charms on me. Sounding like a song scorched in the sun of a spaghetti western, the fact that Westerlund, a Swede, has so authentically composed a slice of Americana is highly impressive.

‘Blind Tribe’ starts like a Beefheart song you could actually contemplate listening to and gives it a propulsive eastern backbone. As it feels related to ‘Hexx’ this is the first sense that the same artist is working throughout. ‘Hanumannerism’ continues the trend suggesting that All The Suns Of The Earth has settled down. At just over a minute it acts as an interlude and feels a little redundant.

Just to stop the listener getting too relaxed ‘Traveler, You Will Sing’ offers a slice of Celtic-y folk. It’s excellent stuff and like ‘The Poor Of Heart’ impresses by getting me to enjoy a music style that normally isn’t welcomed in my household.

The end of the album is where things do settle down for an extended run out. ‘Hazel Motes At The Plastic Vortex’ offers droning funeral textures and slow bass. It unwinds over a mesmerising, bedazzling 9 minutes, once again proving that psych should hypnotise and bewitch. This bleeds straight into ‘You Will Sing’ which introduces space signals, while at the same time makes me wonder if this is what a post rock Ivor Cutler would have sounded like, without the poetry of course. ‘Fever Child’ rounds this little song cycle up by adding acoustic guitar. Taking up half the album with a contemplative, meditative exploration that creeps its way around your subconscious with a zombie slowcore ooze.

These three tracks remind me of Echo & The Bunnymen on ‘Zimbo’ and ‘Broke My Neck and The Arch-Drude himself Julian Cope on ‘The Shipwreck of Saint Paul’ and ‘I Can Remember This Life’. They all capture the feeling of inhabiting the gap that lies between waking and sleeping. You could maybe classify it as ‘Sleepwalkers Psych’. Or maybe not…

Suffice to say the strength of the album is the variety, I would love to hear a whole album in the vein of ‘Hexx’, ‘The Poor Of Heart’, ‘Traveller, You Will Sing’ or the final trio. E Gone has produced a little pearl of an album that rewards multiple listening. In a genre where most bands are happy to play it safe he picks up and discards more ideas in 40 minutes than dozens of bands will use in a career.