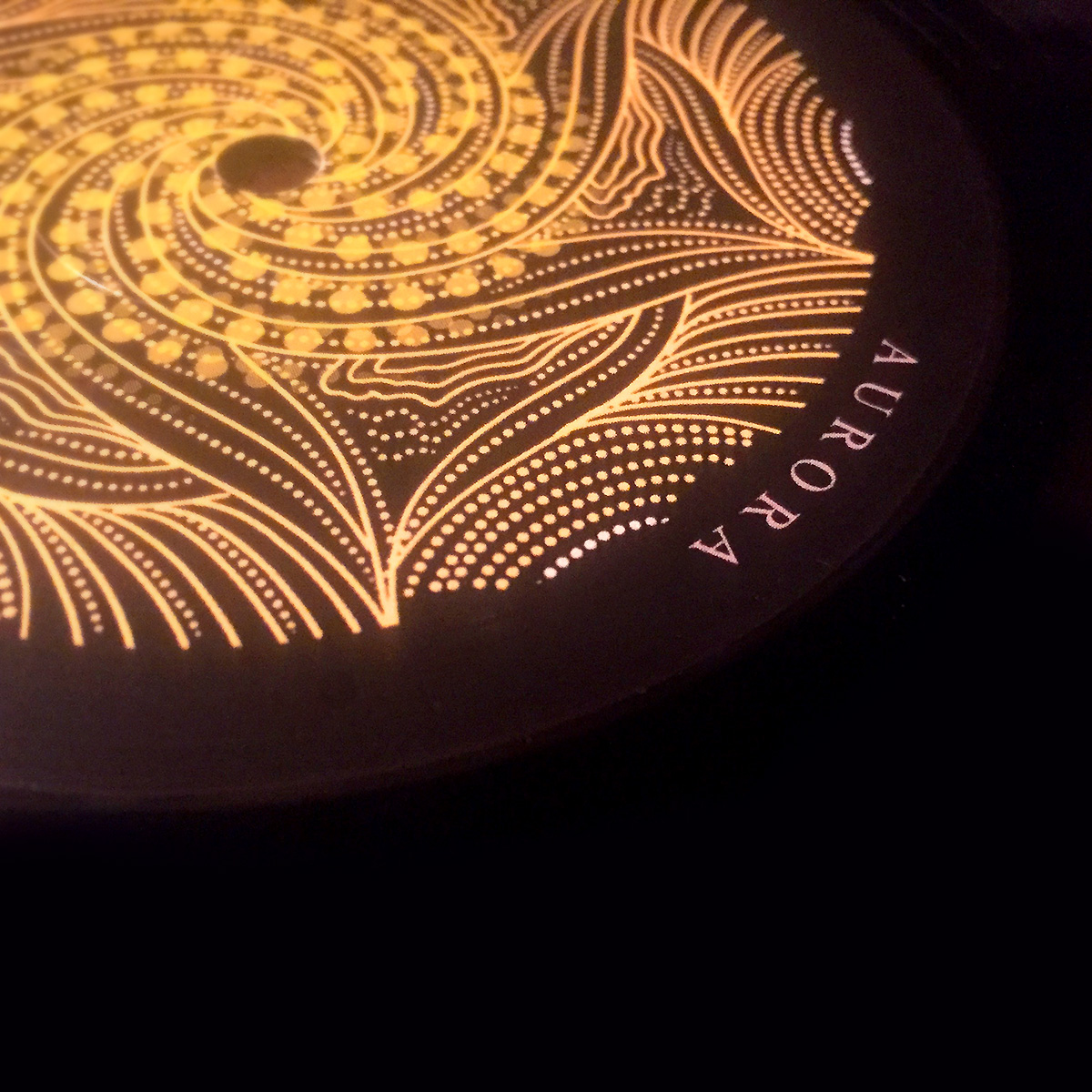 What’s better than a band with a great album? A band with another one, obviously, as well as one that reputedly still has loads of unheard material in the tank to boot. Yup, Gothenburg band Lamagaia could be about to go interstellar – words carefully chosen, for out-there kosmiche is very much the name of their fuzzy game. The self-released and now long-since sold-out Lamagius LP split a single massive track over two sides of vinyl; its S/T follow-up places a single track on both flips. These aren’t two sides of the same coin though. They’re as opposite as yin and yang, “Aurora” a messenger of war and in the same ballpark as Lamagius, “Paronama Vju” one wholly of peace.

Sixteen minutes of searing feedback and deep drones, “Aurora” does the damage first, a guitar groove cruising out of the wreckage as space-rock synths lock in hard and get heavy with neo-kraut repeats. It’s a track of total immersion rock, zoning in and out of focus to the command of a mysterious vocal slathered in reverb and coming from the depths of some lonely black-hole. Guitars are set to stun, throbbing in unison with hypnotic bass frequencies and motorik drumming. Torn between riffs and hallucinogenic jamming, it slays before tapering off to herald the soothing tonic of “Paronama Vju”. Nineteen minutes of meditation, it sidles out of the ambient mists of time to ride a synthy current of licks and free-form kosmiche jazz, braying sax taken for a wander amidst simmering drones and caustic reverb. Textural music made of metallic clouds, drum patterns tick away like a metronome – a countdown to oblivion, a countdown to infinity. Choose your poison.