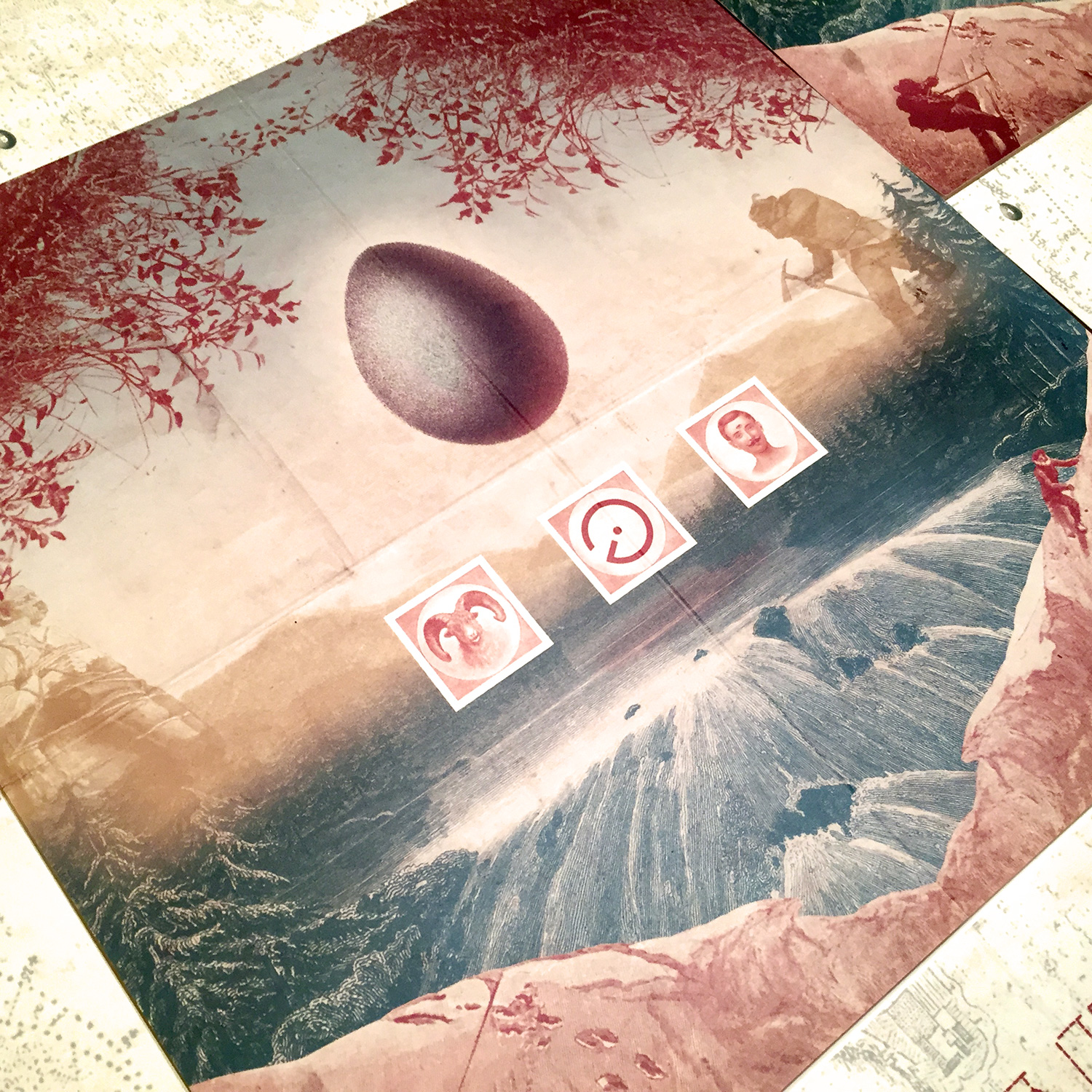 Second album from E Gone, the current musical project of Daniel Westerlund (formerly of The Goner). The album previously appeared as a ten track cassette on the Zeon Lights label in 2015, and has now been remixed and remastered with two additional tracks in CD format, jointly released by Sunrise Ocean Bender and Deep Water Acres. The CD is packaged within a smart card wallet with fold-out poster-style inlay, with striking graphic design work by Sunrise Ocean Bender’s Kevin McFadin. The album is an entirely instrumental melting-pot of psychedelia, folk & world music, retro-futuristic electronica, soundtrack music and beyond, the different genres brought together in an inventive and engaging manner.

Mark the Spot Where You Leave the Injured has a melody that recalls traditional Swedish folk, combined with ominous drones and spacey sound effects. Your Goal is to Know Everything and Say Nothing features both Middle Eastern and Appalachian folk influences shrouded in a heady psychedelic atmosphere. Build Your Camp out of Alpine Moss is based around a twangy guitar melody that sounds like something out of a 1970s spy movie, swathed in whooshing and whirring sci-fi electronics. You Don’t Know It Yet But We Are Losing You is an intense and ecstatic adaptation of a Syrian traditional piece, Ya Bent Ehkimini. Find New Methods for Compass Use accompanies swelling drones with the sound of a crackling campfire. Continue Ascent While Blindfolded has a melody that sounds like an old-time folk dance tune, possibly Eastern European, yet played on retro-futuristic synths and accompanied by electronic bleepery that conjures up images of shooting stars falling to earth while rockets zoom into space.